Study while you travel.

To provide a vehicle for pre and university students to:

To have students complete their academic studies by taking on-line courses while having the world as their classroom.

To bring a message of peace and understanding to the
communities by the student’s positive and gracious presence. 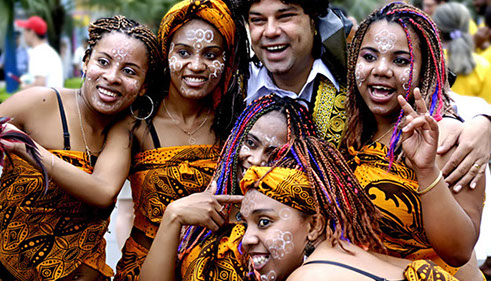 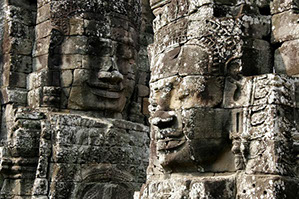 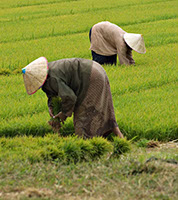 a chance of a lifetime! 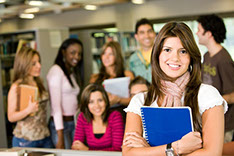 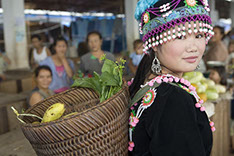 Marco Polo who was 17, embarked with his father and uncle on an epic journey to Asia. They traversed thousands  of miles on horseback, mostly through uncharted deserts, over steep mountain passes, exposed to extreme weathers, to wild animals and very uncivilized tribesmen. It took the Polo's twenty years of exploration and five years to return home to Venice, Italy.

What importance can travel provide? Marco's written description of the Far East and its riches inspired both Magellan, who led the first circumnavigation of the globe, and Christopher Columbus to try and reach Asia by sea in a westward route. A heavily annotated copy of Polo's book was among the belongings of Columbus.

I invite any student with a "Marco Polo spirit" to travel with us for "one year" and live among unique cultures in ten communities on four continents.

Take the courage and unequaled decision to cast off into the unknown world. 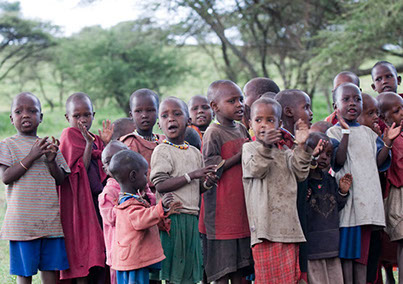 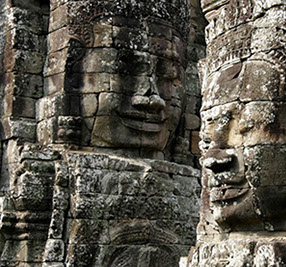 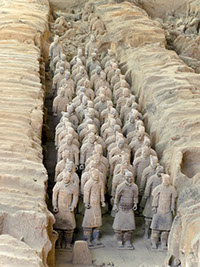 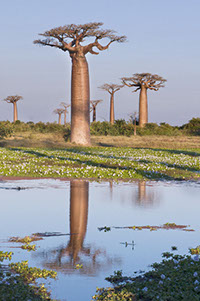 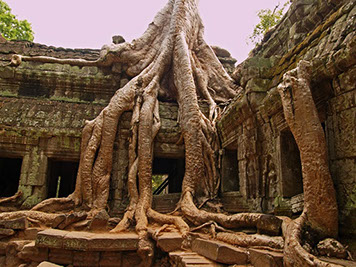 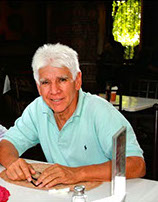 The world opened up to Dave Garcia at the age of seventeen when he had the opportunity to leave his home, Santa Fe, NM and travel to Mackinac Island, MI. There, during the summer of 1965, he was able to participate in a worldwide youth conference. Out of those summer sessions was born the internationally acclaimed musical/educational program called "Up With People" which he participated in for over fourteen years.

He maintained life-long friendships with many people from numerous countries. It is due, in large part, to the generosity of these friends over the years that he enjoyed sharing the beauty and diversity of the world with his own family. His four children began traveling when the oldest was six years old. Since then they have been to over 200 countries including China, Namibia, Mozambique, The Philippines, and a three month journey as a family around the world.

Dave has seen how travel enriched his own children's lives. This experience has provided the impetus for his dream to facilitate such trips for other students who are curious about the world they live in. Visiting countries and discovering other cultures can provide a broader view of all that humanity has to offer. Physical and mental resilience typically are strong at this age. Combining this strength with an open mind, and a sense of humor, the young explorer easily learns to withstand the challenges and rigors of visiting places where true diversity is at its most colorful and intense.

Since Dave first visited a foreign country at the age of seventeen, he has seen how people around the world share many of the same dreams and desires: to help their fellow man, to make one feel at home in an unfamiliar setting, and to share the joy, pride, and graciousness of their own culture.

Dave is committed to making LoveOne...LoveAll® a reality for the many bright, inquisitive young students who deserve the opportunity to see for themselves the world as it truly is and as it may become while they forge their own life-long friendships and discover their own destiny.

Your son or daughter will have the opportunity to enjoy their youth-vibrant, energetic, and curiosity to explore the many diverse cultures on four continents.

They will develop a life long appreciation for the local citizens whose friendship and generosity made their visit a safe, supportive and unforgettable experience. Your son or daughter will remain on track with their academic studies.

Your loved one will return home with a new appreciation for their family, culture, and the opportunities to peruse their own dreams and goals.

"Don't educate your children to be rich. Educate them to be happy, so they know the value of things, not the price." Víctor Hugo

Cost includes all air fares except from student's home to origination points of  departure; ground transportation; accommodations and meals; entrance fees to all exhibits, national parks and museums.

*subject to change due to airfare increases

Please call 505 471 8841 to discuss any questions or request information about our upcoming journey.

Each student is responsible for arranging their curriculum. Unlike a "gap year" program of travel only, LoveOne...LoveAll through its successful model, provides students the opportunity to travel the world while taking their necessary academic courses on-line to remain on track with their studies.

The average stay in each community visited is one month. This time allows for studying, taking side trips, and receiving lectures about the region and its history.

Service projects will be offered to the community.

Students will arrive in the town with a feeling of being at home. One month later, they will be departing having been home. 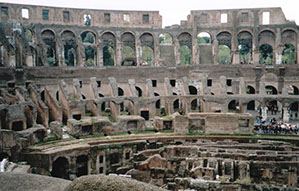 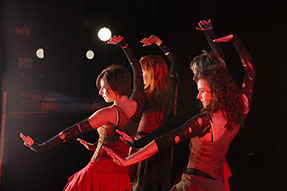 “I really believe it’s difficult to get a handle on your own culture unless you have something to compare it with.
Any time students have the ability to travel abroad and
have their cultural assumptions tested by the reality of the experience, that’s a good thing”.

Travel is so important in its capacity to expand the mind. It’s exciting to start as young as possible-you get to see how other cultures live, challenge your senses, and try different cuisines.

Exploration is really the essence of the human spirit.

If you think adventure is dangerous try routine it’s lethal.

Broad, wholesome, charitable views of men and things cannot be acquired by vegetating in one little corner of the earth all

Travel is fatal to prejudice, bigotry, and narrow-mindedness.

Life begins at the end of your comfort zone.

“The world is a book and those who do not
travel read only one page.”

I never travel without my diary. One should always have something sensational to read on the train.

Travel and change of place input new vigour to the mind.

It is better to see something once than to hear
about it a thousand times. 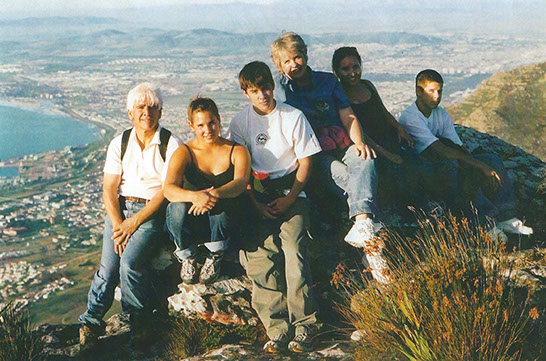 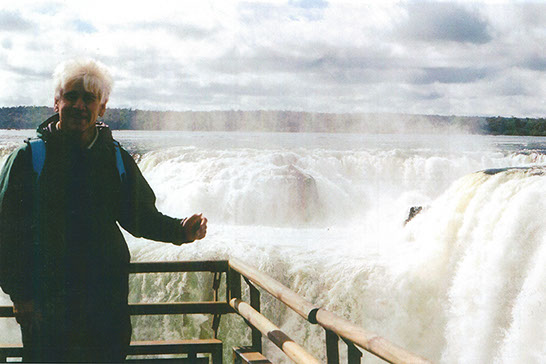 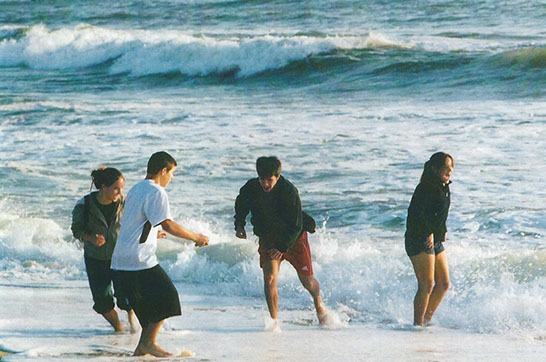 “Another reason I would like to be a part of this program is that I feel I could contribute to the communities we visit in a positive way. I have wanted to study the many cultures of the world since I first learned that not everyone has the same morals and ideas.”

“I would like to be part of Loveoneloveall because I would like to have the experience of a life time by meeting new people, I would also like to understand how other countries work and how l can appreciate my country more. In turn make an effort to help other countries understand us better and show how kind we are while improving the wellbeing of our home country. I also have a strong desire to learn new cultures while benefiting me in my everyday life.”

...“but I do understand you guys are trying to spread a

message of peace. Thats awesome! I would definitely like to help. I am very interested in the community work you plan on doing around the world. I want to do something positive in the world, and I want to come back to the U.S. changed, for the better.”

"I have always wanted to travel and have never truly been a fan of the classroom setting,. I feel that being a part of the Loveoneloveall program would be a major opportunity for me to take, that could give me a change in character and help me determine my life path." 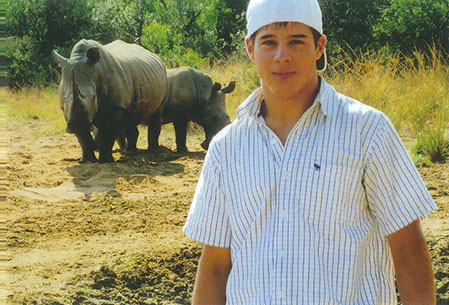 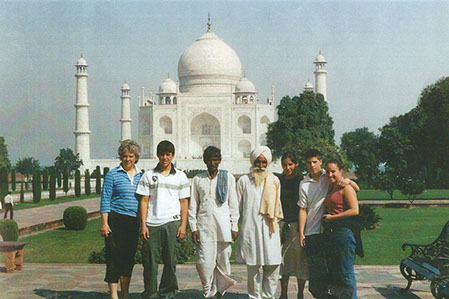 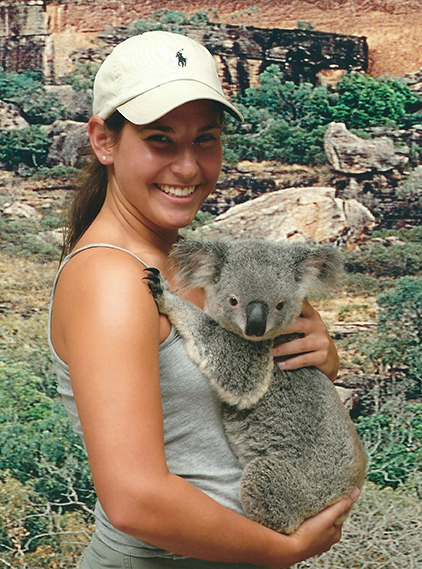 A year of travel in photos with Loveone...LoveAll

Meeting with some of the most colorful humans on the planet

An incredible experience to feed wild hyenas in Ethiopia

If you would like to request more information about our upcoming trip please fill out this form and I will be in contact with you shortly.

Cost includes all air fares except from student's home to origination points of  departure; ground transportation; accommodations and meals; visa fees, entrance fees to all exhibits, national parks and museums.

*subject to change due to airfare increases

What is not covered: medical examination. Vaccinations. International health insurance.

Please call 505 471 8841 to discuss any questions or request information about our upcoming journeyv.

a chance of a lifetime!

Study while you travel.

To develop a global perspective, sensitivity, and "open views' thinking in students by  circumnavigating the world and residing on four continents. 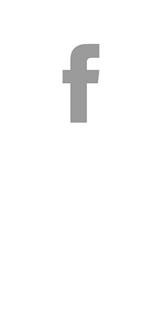